GENOCIDE: The Immolation of Hatuey

The Immolation of Hatuey
February 2, 1512 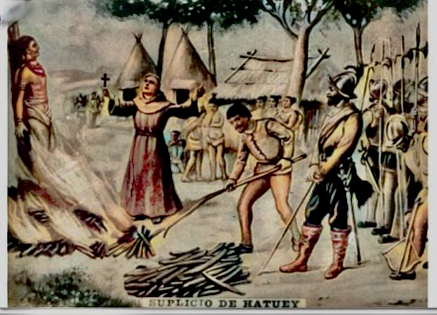 In 1511, Diego Velázquez set out from Hispaniola to conquer what is now known as the island of Cuba and subjugate Cuba's indigenous people, the Taíno, who had previously been recorded by Christopher Columbus. Velázquez was preceded, however, by Hatuey, who fled Hispaniola with a party of four hundred in canoes and warned some of the Native people of eastern Cuba about what to expect from the Spaniards.

Bartolomé de Las Casas later attributed the following speech to Hatuey which was addressed against Christianity. He showed the Taíno of Caobana a basket of gold and jewels, saying:

“Here is the God the Spaniards worship. For these they fight and kill; for these they persecute us and that is why we have to throw them into the sea... They tell us, these tyrants, that they adore a God of peace and equality, and yet they usurp our land and make us their slaves. They speak to us of an immortal soul and of their eternal rewards and punishments, and yet they rob our belongings, seduce our women, violate our daughters. Incapable of matching us in valor, these cowards cover themselves with iron that our weapons cannot break...”

The Taíno chiefs in Cuba did not respond to Hatuey's message, and few joined him to fight. Hatuey resorted to guerrilla tactics against the Spaniards, and was able to confine them for a time. He and his fighters were able to kill at least eight Spanish soldiers. Eventually, using mastiffs and torturing the Native people for information, the Spaniards succeeded in capturing him. On February 2, 1512, he was tied to a stake and burned alive at Yara, near the present-day City of Bayamo.

Before he was burned, a priest asked Hatuey if he would accept Jesus and go to heaven. Las Casas recalled the reaction of the chief:

“[Hatuey], thinking a little, asked the religious man if Spaniards went to heaven. The religious man answered yes... The chief then said without further thought that he did not want to go there but to hell so as not to be where they were and where he would not see such cruel people. This is the name and honor that God and our faith have earned.”

The international crime against humanity is not addressed, much less resolved with justice by apology. 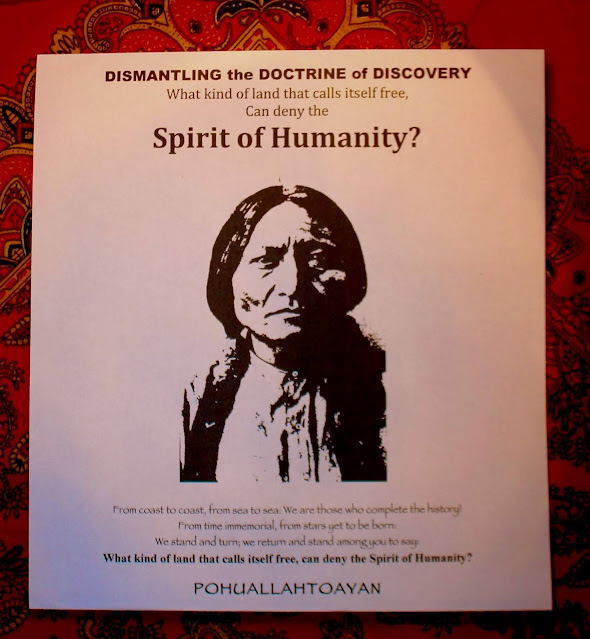 Dismantling the Doctrine of Discovery:
"Apologies do not bring justice." 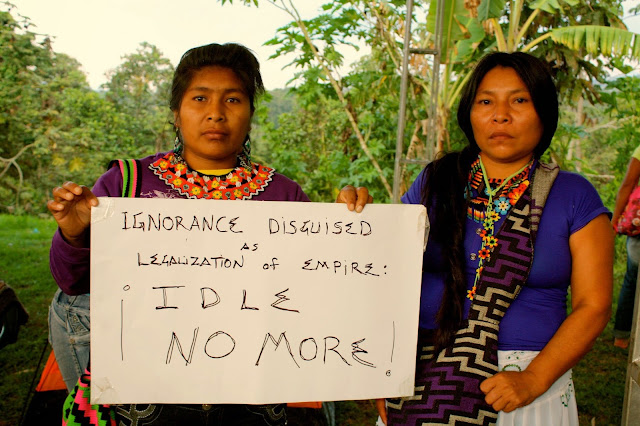 Ignorance Disguised as Legalization of Empire:
NO MORE! 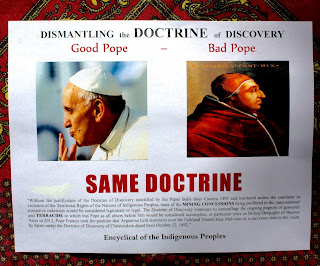 Communiqué to the Vatican:
DISMANTLING the Doctrine of Discovery 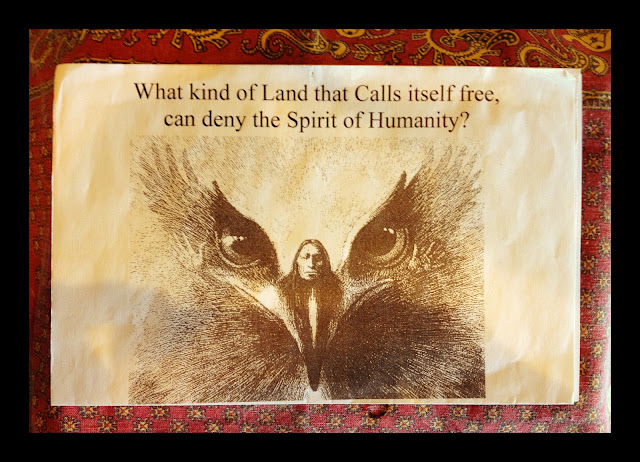 Continental Commission Abya Yala:
October 12, 2021 Position Statement on the Doctrine of Discovery and the UN Special Rapporteur on the Rights of Indigenous Peoples

Dismantling the Doctrine of Discovery

Recommendation: Strengthening the Mandate of the Special Rapporteur on the Rights of the Indigenous Peoples of the United Nations

We call for the reinforcement of the mandate of the Special Rapporteur on the Rights of Indigenous Peoples:

In consequence and implementation of the pertinent recommendations formulated by the UN Permanent Forum on Indigenous Issues we call for the integration of a formal evaluation and a methodology of the processes of repudiation and dismantling of the racist relic of the by the government states of the Americas by the Special Doctrine of Discovery Rapporteur on each and every one of her official visits to countries whose claims of jurisdiction as successor states to the Doctrine on our continent of Abya Yala [Americas] are normalized by the Doctrine of the Discovery of Christendom, the Papal Bulls of Pope Alexander VI Inter Caetera (1493) and the concept of “Original Property of the State” in the Americas.

Posted by chantlaca at 6:14 PM No comments: